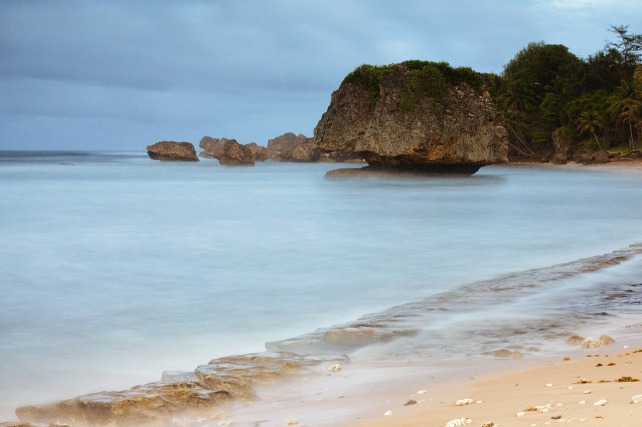 A beautiful coral island with attractive white-sand beaches, Barbados gives you the right environs to unwind and enjoy a pleasant holiday. It is located in North America’s Caribbean region to the east of the island countries of Saint Lucia, the Grenadines and Saint Vincent. The first Europeans to visit this country were the Spanish, who arrived on the island in the late-15th century. It later became a British colony during the 17th century until it became an independent state and a Commonwealth realm in the 20th century. Today, Barbados is one of the leading tourist destinations in the Caribbean with many fabulous attractions that are worth exploring.

During your Barbados holidays, you would be delighted to visit the Carlisle Bay, which is situated on the edge of Bridgetown. It has crystal-clear, turquoise waters of the Caribbean Sea touching the sandy beaches, which would certainly tempt you to have a swim. One of the best beaches in this part of Barbados is considered to be the Pebble Beach. However, the Bayshore Beach and Brownes Beach are also quite charming. While enjoying your time at the bay, you can go swimming or simply relax on any of the beaches under the warm rays of the sun.

Your cheap holidays to Barbados would also allow you to get around in the capital city of Bridgetown. It is home to many fabulous structures, including the Chamberlain Bridge and the Parliament Buildings. You can get some wonderful views of the waterway, the yachts docked along it, and the majestic buildings lined on the sides. Upon visiting the Queen’s Park, you can witness a 1,000-year-old baobab tree. If you have ample amount of time with you while in the capital city, you can take a stroll around Garrison Historic Area to witness many architectural delights like the Garrison Tunnels, George Washington House, and Barbados Museum.

Yet another fascinating place worth visiting during your cheap holidays to Barbados is the Animal Flower Cave, which provides some awe-inspiring views from its lookout. If you’re in this island country during the period between February and April, you’ll get the chance to see the humpback whales in action from the cliff located above the cave. The natural openings above the cave offer a window to the ocean and the pools created by the dashing waves form small ponds. Natural light is also provided by the openings, which removes total darkness that would otherwise prevent visitors from enjoying the views inside the cave.

Among the beaches you can’t afford to miss when you’re in Barbados is a beautiful sandy beach called Crane Beach. It is situated in a cove on the coast of the Atlantic Ocean and has powdery white sands. This beach was once a place where boats arrived and the cargo was lifted by a crane stationed on the cliff. For the guests of the resort located on the cliff, access to the beach is provided by a set of stairs and a lift. Others can access the beach from its opposite end.

To know more about Penang holiday and the attractions worth exploring on this Malaysian island, click here.